Indonesia’s fabled island is running out of water, with monsoon rains delayed and the tourist industry expanding.

The people of Bali have shared water resources through “subak” – a sophisticated irrigation system that diverts water from channel to rice field and back – since the ninth century. More than just a means to water crops, subak is a manifestation of the Balinese Hindu philosophy of harmony between people, nature and the spiritual realm.

But the diversion of water to urban areas in the densely populated south in recent years and the overuse of groundwater by hotels accommodating the 16 million local and domestic tourists who visited the Indonesian island last year is disrupting the system.

Coupled with a drought the International Federation of the Red Cross says is affecting 50 million people across Indonesia, including hundreds of thousands in Bali itself, the island is facing a water crisis that is threatening food security, traditional culture and quality of life on the island.

“I believe Bali is in real danger,” said Anton Muhajir, a local journalist who has been covering the water crisis in Bali for a decade.

“Some of my friends have had to move from their ancestral homes in Denpasar because the water in their wells has turned salty. At Jatiluwih, where thousands of tourists go each day to see the most beautiful rice terraces of Bali, farmers are using plastic pipes to pump in water they have to buy in the south because the springs in the mountains are drying up. And now we have drought, not just in Bali but in nearly every province in Indonesia.” 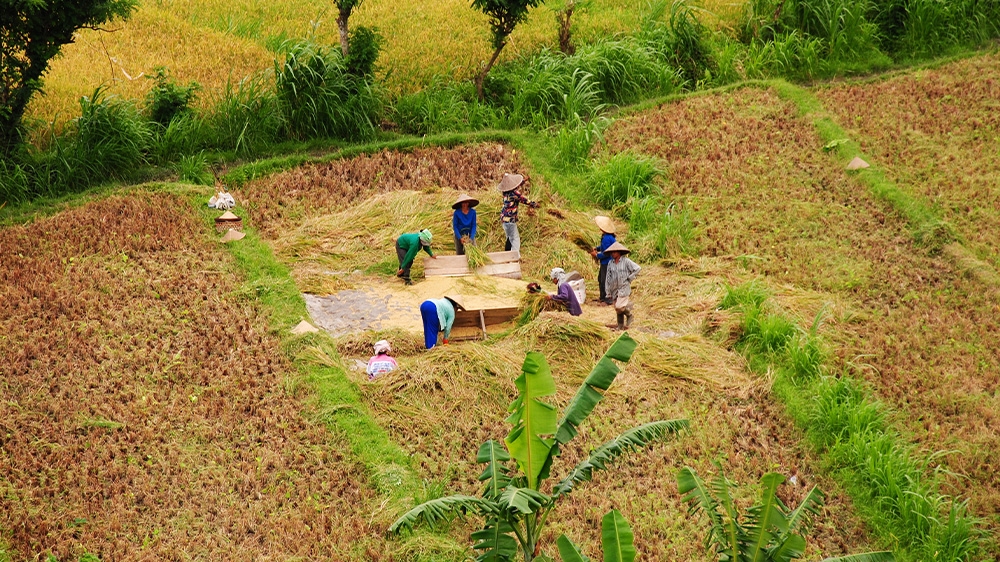 Bali’s traditional irrigation system known as ‘subak’ kept fields green and lush for generations and is World Heritage-listed. But the drought and soaring demand associated with tourism has left parts of the island parched [Ian Neubauer/Al Jazeera]

“The subak system is still being used by every village in Bali, but now they’re fighting with people who work in tourism because their water sources are drying out and lots of paddy fields are disappearing as a result,” she said. Sixty-five percent of the island’s water is used for tourism, according to IDEP.

Running out of water